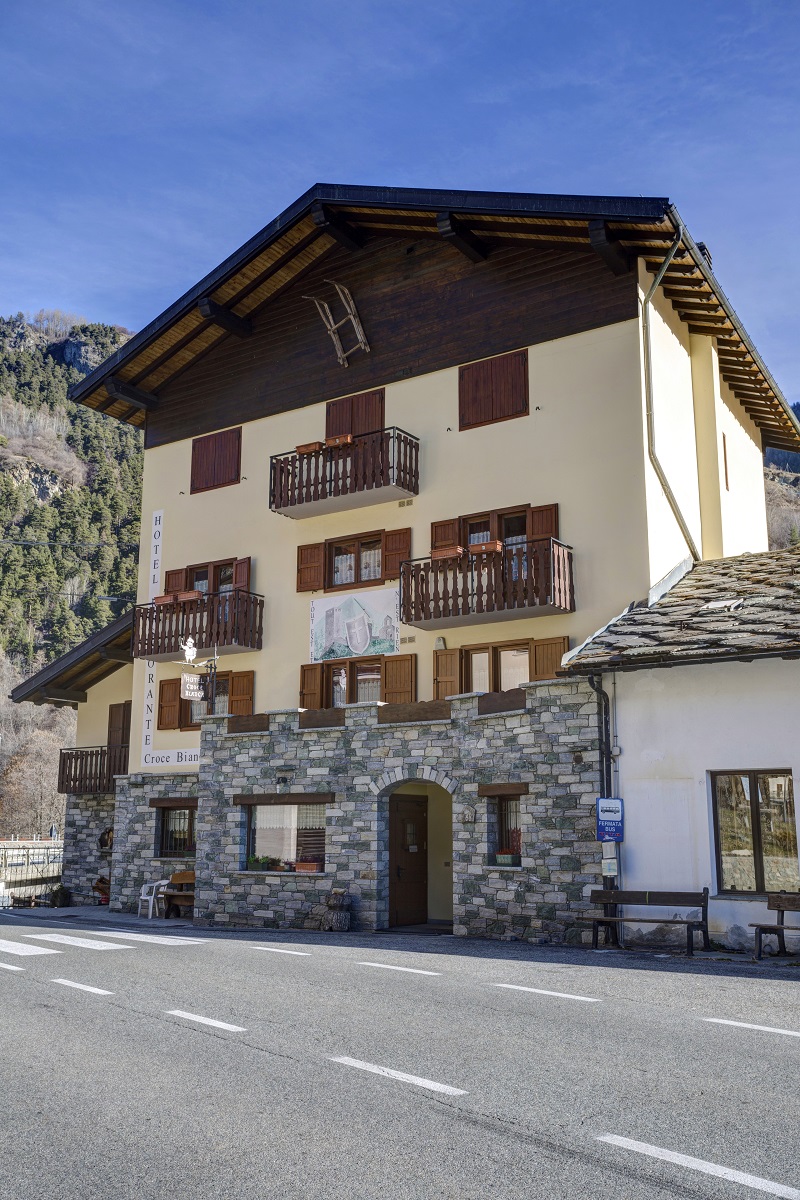 Since ancient times when only few people knew the Val d'Ayas and rash tourists travelled with their horse-drawn carts up to here, the name Croce Bianca has resounded in Val d'Ayas.

La Croce Bianca hosted the pilgrims giving them a hot soup and a comfortable bed.Time passes, generations follow one another but our family traditions has well-grounded roots. We keep on hosting customers that want to spend their holiday in the homely atmosphere of our hotel, near Brusson.